The best and worst COVID marketing efforts for 2020.

They’re just a few of the empty catch-phrases we’re all growing tired of and have featured so consistently in ads, often set against a backdrop of slow piano. We’ve experienced so much of it that we’ve become numb to their presence in advertising. What’s extraordinary is that so many organizations and their ad agencies continue to tread the same path.

Sean Haney’s telling montage throws a fascinating spotlight on the vanilla COVID campaigns that have emerged this year. Can you blame them for being homogenous and diffident? No-one really wants to put a foot wrong with so much tragedy out there – which means that being ‘reassuring’ has become the default position. But despite their best efforts, research conducted earlier this year shows that just 10% of people want companies to express concern for them.

Before we get to those organizations that got it right, here’s a sample of the ones that didn’t:

The Dear Britain campaign was always going to struggle given the brand’s relatively poor rep in the UK. With travel out of the equation, they decided to pen a vacuous love letter to housebound Britons filled with BA staff telling them how proud they are of everyone at home. What should and could have been an uplifting campaign never even left the terminal. The finale of three “We love you Britain” lines in a row is more than awkward. It’s lacking in sincerity and just reflects badly on the airline.  ‍

Normally a creative beacon in the world of supermarket advertising, Aldi’s decision to pursue a creative direction on the word “precedented” and make ill-timed jokes around toilet paper shortages is mystifying. Particularly in light of well covered all-in brawls in the toilet paper aisles of all the major supermarkets, including Aldi. ‍

McDonald’s Brazil gets the timing all wrong.

At any other time and with any other topic, this is quite a nice creative execution, perhaps even award winning. But separating the Golden Arches in social media to capitalize on the unfolding global tragedy was understandably seen to be insensitive and opportunistic and was pulled after considerable online criticism including:

“F - - k right off you award-desperate morons,” wrote Twitter user Lucian Trestler. “The source of my anger is that this is a disingenuous scam ad to win awards. Which would normally only annoy me but it enrages me when the topic is a global pandemic.”

“Dear #mcdonalds: stop changing your logo for every event and actually f - - king DO something. Nobody cares how you’ve reformatted your ‘beloved’ arches,” blasted another angry Twitter user.

In response, McDonald’s managed to avoid saying sorry for the inappropriate posting by effectively saying sorry everybody saw it the wrong way.

“We apologize for any misunderstanding of the intent to remind our customers and communities on the importance of social distancing during these uncertain times.”

At least they managed to conclude their apology with a hackneyed COVID catchphrase.

And now for the good. We covered off a couple of great COVID concepts in our blog article  “The top 5 Social Media ads of 2020.” The following selection adds to that list and showcases those organizations that have shown how thinking differently can get traction with their customers.

1. The Getty gets it right.

LA’s Getty Museum, like most others across the world, has been closed, but that hasn’t prevented them from connecting meaningfully with audiences. Their ‘Getty Museum Challenge’ is more than a genuine celebration of art – it’s a social media involvement piece that has caught the imagination of their followers.

The challenge was simple. Replicate the essence of a famous piece of art with objects you have at home and share it with the Museum. What it communicates beautifully is ‘Stay at home’ and ‘We’re with you’ without the need to state the obvious.

2. Warts and all is spot on from British Gas.

The point of view “Here to Solve’ ad  from British Gas is rollicking fun from the first moment to the last. But it also carries an important message about how their teams are carrying out essential repairs during “this difficult time”, showing exactly what it’s like in the day-to-day of their essential workers. What it’s not is scmaltzy saccharine (thanks largely to Offenbach’s uplifting Can-can music as opposed to tinkling piano). Britons might be homebound, but this lovely piece shows how British Gas is here for their clients without saying it. ‍

3. Honda puts a smile into the Stay Home message.‍

This is one of those ‘aha’ ads that makes you smile every time. It’s a lovely lateral thought at time when the pandemic has effectively ripped through the auto industry, closing down car factories and decimating showroom floor traffic around the world. So, if we’re all at home, how on earth can you keep the branding on and film a car commercial … out of home? The answer, of course, is that you don’t… you film it at home. Johan Strauss’ Voices of Spring Waltz is an inspired music choice that propels you through the cleverly framed shots, the sting is worth waiting for and the final line - ‘Until we drive again’ is absolutely on point.‍

4. Perfect puzzles to pass the time from Heinz.‍

Back in March, there were more jigsaw puzzles sold in a single day in North America. than in the entire month of December 2019. https://www.aarp.org/home-family/friends-family/info-2020/puzzles-sales-soar.html In Australia, puzzle related Google searches smashed through 650% during the early COVID months. It either tells you that everyone’s bored at home or that everyone wants to take their mind off the world. Or both. So, what’s the smart thing to do if you’re a marketer? Yep, do what Heinz did and create a maddening jigsaw puzzle comprising 570 identically coloured (Heinz Ketchup Red) pieces then throw out the challenge to tell them who you’d like to complete the puzzle with and go into the draw to win one of 57 limited edition Heinz puzzles.

With the pandemic wave hitting Europe and America hard in the leadup to winter, no doubt there will be more interesting comms pieces to emerge from the northern hemisphere over the coming months. We’ll certainly be keeping our eye out for those that choose a different path. 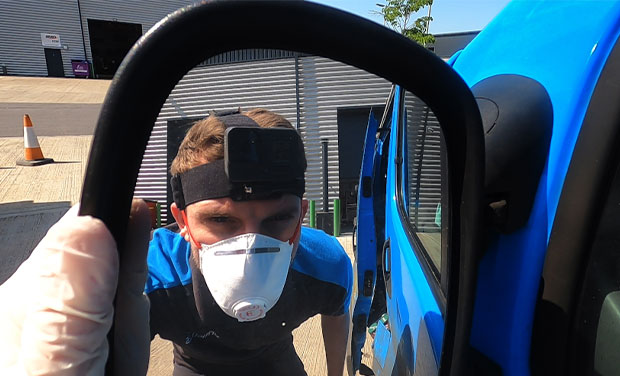 The best and worst COVID marketing efforts for 2020.

Unprecedented times … All in this together … We’re family…New normal … We’ll get through this … Let’s stick together … We’re here for you. They’re just a few of the empty catch-phrases we’re all growing tired of and have featured so consistently in ads, often set against a backdrop of slow piano. 6 min. read. 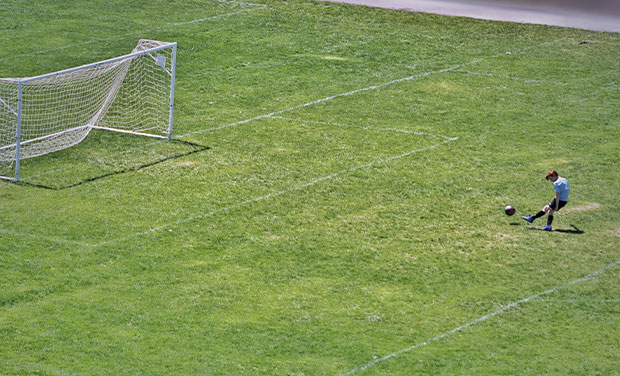 Sport plays a significant role in modern society. Accordingly, sports organizations across the globe have recognized the role their businesses play, the complex and significant financial landscape they exist within and the growing importance of marketing and branding. 4 min. read. 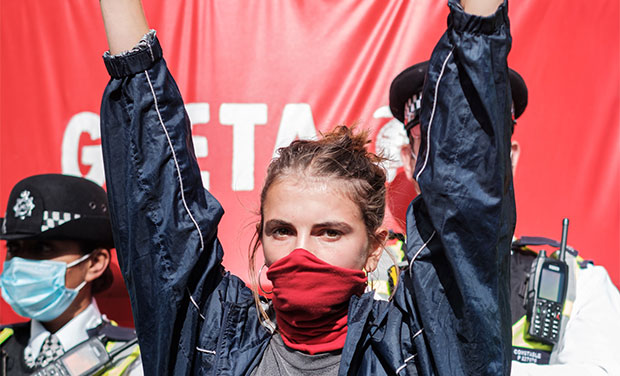 The future of Brand Compliance is Empowerment not imprisonment.

ANZ is embracing an online system to centralize, approve, standardize and manage their assets. It’s heading in the right direction, however, there are fundamental concerns with the nature of their approach. 6 min. read.